My Review: Adversarius: Shadow of the Rose, Book 1 by M.L. Chesley

I feel this review, more than any other, should come with a disclaimer. Yes, ML Chesley is my sis in law. But, for those of you who have family--that doesn't necessarily mean I like her or her work. Because I do like her, it doesn't follow that I love her writing. I do have some bias, but I'll explain that as we go.

First of all, Mel is a genius at creating characters I'm comfortable liking. I haven't really read a lot of her work before Adversarius, so I was a little anxious picking it up. What if I hated it? How do you tell your sis that her baby's ugly? You know? Fortunately, we didn't have to go there. :)

The world of Adversarius is an intricate one. I don't generally read high fantasy (I generally lean toward a lighter fare), so at times it was harder for me to follow along than it would be for someone who cut their eye teeth on Tolkien. But I still kept up. Harder doesn't exactly mean hard or impossible. And, yes, because I know you're wondering, I DID identify with the assassin more than any other character. 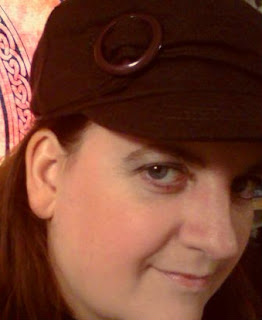 All of that said, and I'd give this book four or 5 stars because of what I loved, I'm going to talk about what I didn't like so much. Here's where my bias comes in because I'm more willing to forgive because she's my sis and because this is her first book. I'm also more willing to blame her editors and proofers than the writer herself. Some of the wording was flawed. Words were used out of place or the wrong words were used (affect vs. effect comes to mind). These are things that a good editor will catch. Mel's languages were wonderful. I loved that aspect of her writing. Her prose flows well and is engaging. Her character dialogue is smart, sassy, and snappy. I liked that a lot. And the flaws were minor enough that, after the first few chapters, I could let it go and enjoy the book.

Really I don't know what you're still doing here. GO BUY Adversarius: Shadow of the Rose, book 1. You won't regret it.
Posted by Cheri Chesley at 9:23 AM

Now THAT is a fair review!