We Have a Winner!

As promised, I will be releasing the name of the winner of my Blog Hop Contest! 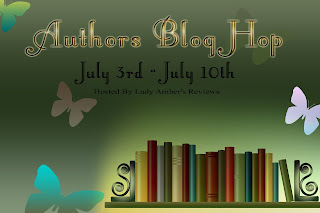 Just to recap, the prizes were as follows:

Signed copies of each of my 3 books, The Peasant Queen, The Wild Queen, and The Tyrant King, along with bookmarks, a $25 Amazon gift card, and a previously unpublished SNEAK PEEK into my next novel, The Lost Princess.

I decided to have some fun with the winner selection, so rather than using RaffleCopter or any of those types of programs I opted for a more old-school approach.

I made a list of everyone who participated, assigning each a number and making note of how many entries in the contest they'd earned.

I took the numbers corresponding to each person's name and wrote them down on pieces of paper one time for each entry. For example, This person, number 6, had 3 entries, so I wrote the number 6 down on 3 pieces of paper.

Each numbered piece of paper was then folded and placed in a box. *Note, I will not be using a box next time as some of the papers got caught under the folded ends and I had to fish them out after shaking the box every time.


Because there were then so MANY pieces of paper, I went to my 5 kids and had them each pick out two. Then I threw the rest away and had them each put their 2 entries back in the box so I could shake it up again. From those 10 entries I had them select 5 (one each) and then threw the 5 non selected slips away. And then I used just 3 kids to narrow the choices down once again.

Lastly, I had my almost 12 yr old daughter draw the winning slip from the remaining 3. And she chose NUMBER 18.

Which means nothing to you. Or to me at that point.

A hearty congratulations to Helena! I will be contacting her so we can coordinate prizes.

This author blog hop was so much fun I can't wait to do it again! Thanks to everyone who participated and commented on my blog. I really got some nice messages and I loved how willing you were to play.
Posted by Cheri Chesley at 2:40 PM