For you, lovely reader: A Halloween tale of True Dedication.

**Don't forget Ghost Bride, another spooky tale, is FREE in all formats, and A Haunting Love is only 99 cents!
Posted by Cheri Chesley at 2:51 PM No comments:

October 2015 is huge for Chesley Books, so I figured I'd better get everything in one post so my readers can easily access all the fun.

First of all, GHOST BRIDE, my perma-free micro story is--as always--free for public consumption. You can find it on AMAZON, SMASHWORDS, and other various formats. It does very well in iBooks (iTunes) where it has 118 reviews. That number kind of thrills me.


Second, as I posted earlier this month, Lizzie Lilac and the Left Socks is available for your KINDLE! This is my cancer charity project, so it's a bit more expensive than my other books, but that's because the royalties go straight to fund cancer research and take care of cancer patients.

Lizzie is, of course, also available in PRINT.

Where do missing socks go? Little Lizzie Lilac is determined to find out!

Next is a project near and dear to me as well. 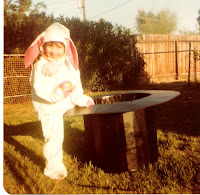 Reflections of Reality: The Poetry of Cheri Chesley

Yes, you read that right. I published a poetry book. Today. I wanted to do something special for my mom's October birthday, so I published my book of poems--that only she and I have previously had copies of. Now it's out in the world, and quite affordable.

Reflections is available in e-book and PRINT formats.

Lastly, I give you A Haunting Love in THREE formats!! Since it's publication in November 2014, A Haunting Love has graduated from it's KINDLE origins--where you can pick it up for merely 99 cents.

It's now also available in PRINT.

AND (drumroll) in AUDIO BOOK format!

Enjoy my delightful narrator navigate through the fun Scottish accents of the people Alita encounters when she goes to Scotland for her wedding. Narrator Keith Michaelson really brings my characters to life!

Though I pulled the Amazon links for most of my works, please remember they are also available in Kobo, iBooks, and Nook.

Happy Halloween, and happy reading/listening!
Posted by Cheri Chesley at 1:12 PM No comments:

Fall has finally come! Here's where we all toss colored leaves into the air and shout, "Hooray!"

I've got a ton of great things happening this month, and I'm going to try hard to pace myself. Check back on this blog every week for fun news and updates. 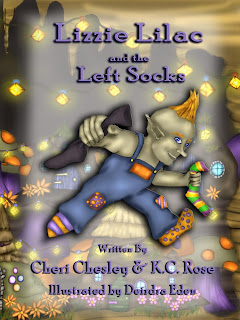 Today (this week), we're talking Breast Cancer Awareness Month. After all, that's one of the mantles October wears. As you know, my children's book, LIZZIE LILAC AND THE LEFT SOCKS is my pay-it-forward project. All proceeds from sales of the ebook and print versions go to fight cancer research and help cancer patients.

Wait, did I say ebook? YES! If you've always wanted to get a copy but couldn't quite swing the print price, I can now offer you LIZZIE LILAC for your KINDLE!

Naturally, you can still pick it up in PRINT, but I am super excited to offer the Kindle version because I feel it will increase donations--and that makes me super happy. It's tough sometimes to offer a book that never goes on sale, or is offered free or discounted, but I know my readers understand that cutting the price of such a fun story would short-change the most vulnerable among us.

Here's what the book is all about: Have you ever wondered what happens to those socks that get lost in the dryer? Join Lizzie Lilac as she discovers the answer.

I wrote LIZZIE with my teen daughter as a tribute to a sweet friend and her daughter while that friend was going through chemo for breast cancer. It's a thoroughly enjoyable story, and I know you'll love it.
Posted by Cheri Chesley at 7:44 PM No comments: