My review: A Countess Below Stairs 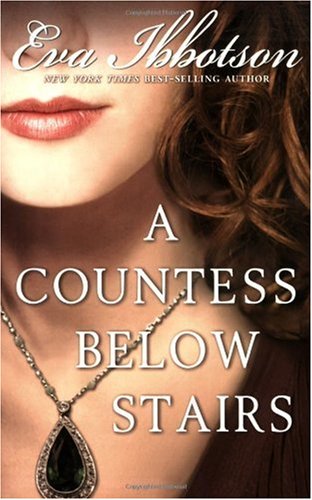 A Countess Below Stairs by Eva Ibbotson

From the cover: After the Russian Revolution turns her world topsy-turvy, Anna, a young Russian countess, has no choice but to flee to England. Penniless, Anna hides her aristocratic background and takes a job as servant in the household of the esteemed Westerholme family, armed only with an outdated housekeeping manual and sheer determination. Desperate to keep her past a secret, Anna is nearly overwhelmed by her new duties, not to mention her instant attraction to Rupert, the handsome earl of Westerholme. To make matters worse, Rupert appears to be falling for her as well. As their attraction grows stronger, Anna finds it more and more difficult to keep her most dearly held secrets from unraveling. And then there's the small matter of Rupert's beautiful and nasty fiancée. . .

My opinion: I've been trained as a novelist not to "head hop" or, if you're unfamiliar with the term, not to show too many different character POV's in one book, or even one scene. That aside, this book is one of the best I've read in a while. The author had a way of making the protagonists characters you absolutely invested in, while making the antagonists utterly despised for their ideals and actions. Seriously, give it a shot. I read it in an evening because I couldn't put it down. Check out this LINK to find the paperback and the Kindle version.
Posted by Cheri Chesley at 9:56 AM