My Review: A Portrait for Toni by Annette Lyon

*I received this ebook in exchange for an honest review*

Toni has no idea what she’d do without her best friend, Carter. Who else would she be able to vent to about her parents, her job at the dance studio, or her latest relationship woes? When Toni’s father lands in the hospital, Carter, as always, is there for her.
That is, until he starts questioning Toni, saying he thinks she has an eating disorder. Then she starts dating Clint, the hot new guy at the studio, and somehow that puts a deeper wedge between her and Carter. When she’s hospitalized after an on-stage collapse, and Carter stupidly starts in with advice about food and weight, she sends him away—then instantly regrets it.
One night after a performance, Toni tries to mend the hurt between them. She goes to visit Carter at work, in his art classroom at the high school. She doesn’t see him there, and instead, she stumbles onto proof that he has feelings for her that go way beyond those of a friend. Toni is left with the very real prospect of losing Carter forever, unless somehow she can return his feelings—but that’s impossible.
Isn’t it?

My review: This book was a little hard for me to take in some ways. I’d get so wrapped up in the story but, at times, would have to put it down and then later found myself dreading to pick it up again. Why? Not because of the writing, certainly. Annette Lyon knows words, and uses them at their best. I think it was more the subject matter. It’s difficult to watch someone, even a character in a book, continue self-destructive behavior without an end in sight. It was so hard not to scream at my Kindle, “Toni! Stop it!!”

And then there’s her relationship with Carter. Sigh. Of course he’s wonderful, and she’s clueless about his real feelings for her, but this one struck a little too close to home for me. (You will undoubtedly not have that problem) Way back when I was the clueless girl with the male best friend convinced he was head over heels for me. (All that has since resolved itself and we’re both happily married—to other people.) But I think my personal experiences clouded my judgment, because I had no clue how this story was going to end. Was Toni going to wake up? Was Carter going to move on? I’m not going to spoil it for you, but I have to say Annette pulled it all together perfectly in the end.

A Portrait for Toni is climbing the bestseller lists, so don't wait. Click on over and grab your COPY now! 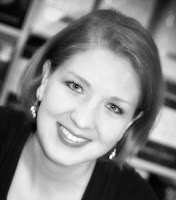