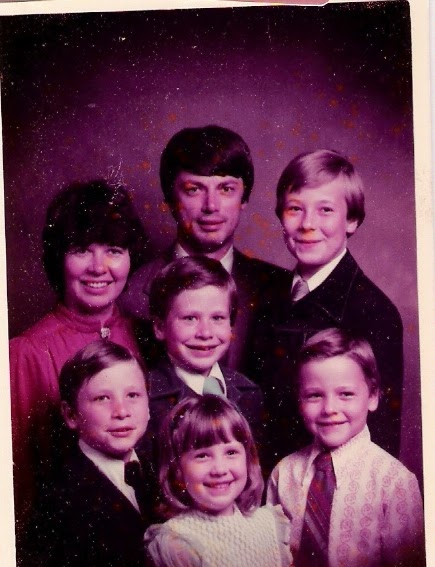 This is the remnant of wholeness I tried to cling to my entire childhood.

And into adulthood. Let's not mince words.

With Fathers Day being just yesterday, I wanted to post a few things about what my dad taught me. Because for years, if anyone had asked, I would have told them that I never learned anything from my father. How could I? He wasn't around most of my life, and the part he was around for I don't remember. Really. I have precious few memories of anything before 3rd grade. 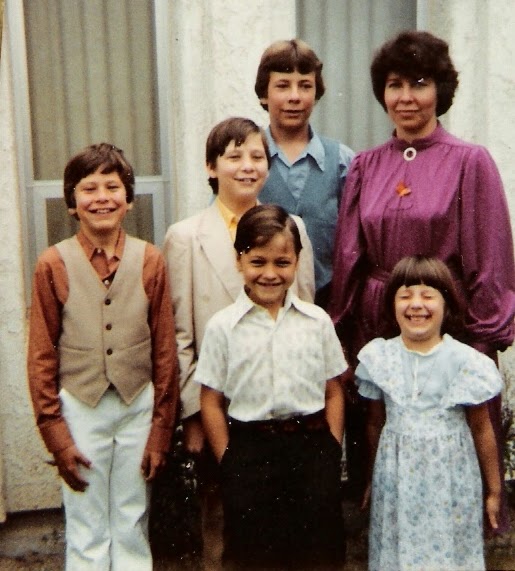 This is the family I grew up with. Us kids and Mom. This is what I remember. We weren't always so dressed up, or pleasant, or goofy (looking at me down there) but it was the 6 of us.

I missed my dad like you wouldn't believe. I missed what I didn't know--which doesn't make a lot of sense but I missed what I thought I should have. Even dysfunctional, even apart from us, I wanted a dad.

If you were raising a family around me during my childhood and happened to be a dad, I apologize. I was very hard on the dads around me. I held them to an almost impossible standard, and was unforgiving of their faults. If they screwed up, it took months or years to get back into my theoretical good graces.

I didn't realize it at the time, but I was forming a list of the qualities I wanted my kids to have in their dad. And I was a tough, tough taskmaster.

I don't want to sit here and idealize my father. He made mistakes, and some of those mistakes cost him dearly. But he wasn't the villain in the story. Everyone makes mistakes, and we don't get to choose the consequences. Sometimes it's a far heavier price than we'd like to bear.

It took me years, almost into my 30's, before I finally stopped looking at my dad's death as something that happened to me and saw it as something that happened to him. In the months and years before he died he was in constant pain. Yet he worked anyway because he had family to provide for. So when he got home he was tired, hurting like I can't even comprehend, and it made him grumpy. For a long time I looked at my father's legacy as that one time I can remember him yelling at me. My single memory of him. And it wasn't enough.

Now, though, I can look back and understand that in some ways his death was a release for him. It's not something he would have chosen, even as miserable as he was, but I imagine his pain only getting worse with age and how miserable his existence would have been had he lived to my adulthood. I can see the mercy there.

He also taught me that the world goes on. The day we got the news that he'd died was the worst day of my life. I remember watching my mom cry all over the phone receiver and knowing it was bad, feeling that deep, sinking feeling inside me. Bawling all over my brother in the recliner. Wishing that it was a lie, that someone was wrong, that he wasn't dead.

But the sun set on that day and rose the next morning. We got up, dusted ourselves off, and after a while started living again. We grew up, married, started families, took vacations, and lived our lives. And we're still doing it.

The hard truth is part of the person I am today came about because my father died when I was seven years old. The underlying strength, the determination, the appreciation of seemingly unimportant moments. I look at life differently than a lot of people, especially those who have not had this experience (not that I recommend it!). And if I'm going to be okay with the person I am, then I have to be okay with the path that brought me here. 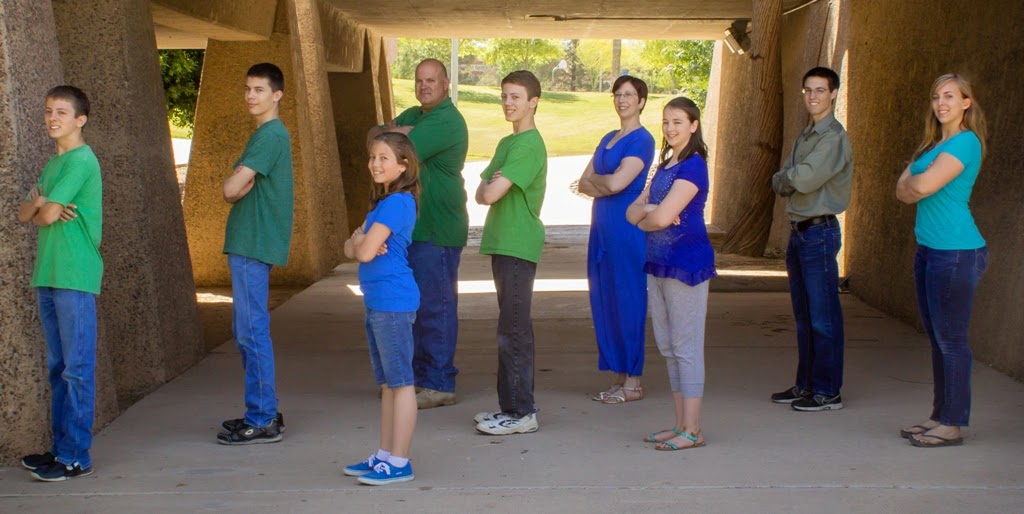 Because the view from here is spectacular.